There are few things as attractive as a man that knows how to cook well. It shows both that he’s willing to break away from the norm of what a man is “meant” to be, as well as being a clear indication that he knows how to take care of himself.

Many people know how to make basic meals, such as pasta, but it can take a few years of practice to refine the process, to know which herbs and spices are best in which dishes, and how best to ensure that meals are always tasty.

This is a guide that a gentleman can use to make small but effective changes to the way they cook to always get maximum flavour without having to take expensive cooking classes.

Seasoning is an important aspect of cooking, and salt represents the starting point for almost all dishes. While some may argue that salt should always be added along with black pepper, there are many dishes that can do without the latter but not the former.

Without salt, food can be bland and unappealing, and there are countless chefs that have been called out for their lack of proper seasoning. Adding the right amount of salt to the cooking process is something of a skill, as too little can leave the food tasteless, while too much can leave it inedible. This is where experimentation can make all the difference.

There are dozens of different herbs that can be found in the produce isle, both fresh and dried. Knowing which herb to add to a dish is important, as it can drastically alter the way it tastes. Adding oregano to a sweet dish can completely destroy it but adding some dried oregano to the top of a tomato sauce boosts its flavour.

Garlic should be used as frequently as possible, as it adds a tremendous depth of flavour to most savoury dishes, both in raw and powdered form, and is among one of the easiest ways to improve a dish as quickly as possible.

Following closely from herbs is spices, and these can even more important for getting more flavour from a meal. Using spices can be a delicate balance, where too much spice can make a dish unpalatable, but without it the dish simply won’t stand out.

Turmeric, for example, is a very popular spice in India that’s most commonly found in curry; the reason for its golden colour. But turmeric can be quite overpowering when too much is used, so it’s important to try and follow what’s laid out in a recipe. This goes for many other spices, so it’s a good idea to play now with what’s available in the pantry. 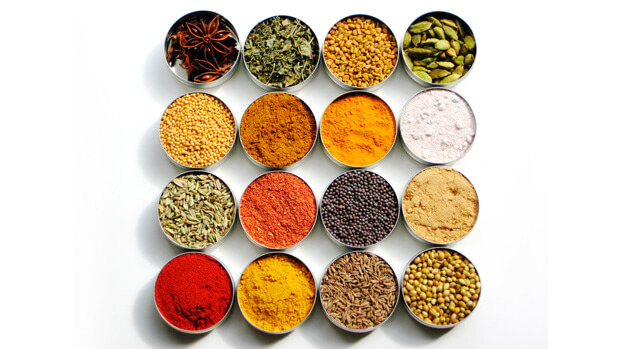 Stock is something that a lot of chefs should use more often, especially when it comes to making stews and soups, and it can even be added to boiling rice to drastically increase flavour.

Stock can be bought at the shops for a fairly low price, but it’s a much better idea to make stock at home using meat and vegetable cuttings, allowing for the stock to be tweaked as necessary.